Labrador puppy is gentle, yet outgoing. They always eager to please and they are highly trainable. Labrador is also intelligent and they excels when asked to work in challenging environments, and especially around water thanks to their water resistant coats. They also love taking part in canine sports as well as other activities such as working as a guide dog. Other than that, Labrador is also a fantastic companion and a family pet. 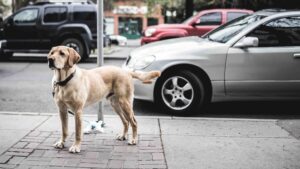 Labrador was recognised in England as a Kennel Club breed in 1903. They were  first registered by the AKC in the United States of America in 1917.  Originally called a St. John’s Dog or lesser Newfoundland dog. The breed was in Newfoundland in the 1700’s and imported to England beginning the early 1800’s.  Although the Labrador’s exact origin unknown, some speculate the Greater Newfoundland dog or the French St. Hubert’s dog is part of the cross that made the St. John’s dog.